Con-Eventional Events are recaps of events from the author’s perspective.

Credits to various sources for the various images, videos and/or posts seen here.

I DO NOT own the rights to any of these, if mentioned.

ALL rights belong to their respective owners. 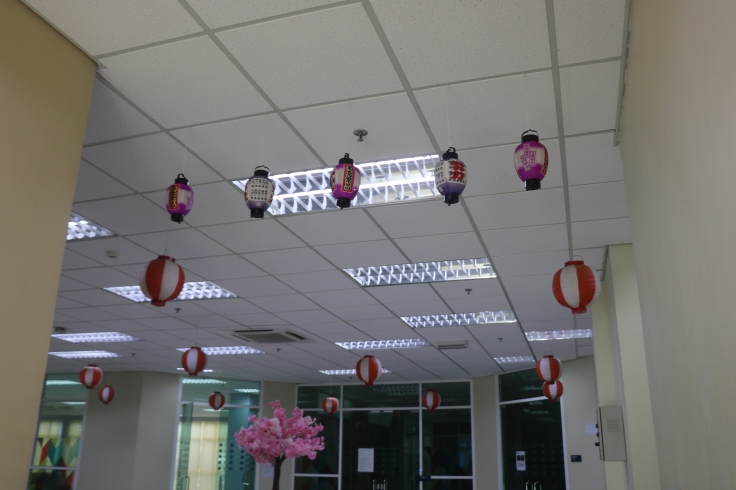 From the overhead trail of lanterns that’s likely used to direct attendees across this venue, the blank white floor tiles reflect the emptiness of this Bunkasai event at this time of day.

Even though…the severely empty hall with empty tables of cloth would’ve given that away.

What time does this event start anyways?

This is not a drill, it’s an actual cat, allowed to roam the halls of this University that has much ado about Nottingham.

Well Notting is happening at the moment so…as the cat casually strolls into the main hall.

As the event staff easily commanded the cat to come over like a tamed household pet, whilst releasing her (Apparently yes, it’s a her) onto the balcony outside the main hall.

Where she sits like the king cat she is. o.o

Well, at least the event has a kind of mascot?

…oh fak it knows pics are being taken, RUN!

Mamakmia, they have a Mamak here!

On the nearby outskirts of this University, where an opened mamak restaurant is fully opened for action.

Man, with facilities like this, how do people think this is a bad place?

That said, one morning brunch courtesy of this JF Bistro later, the return stairwell upwards passes by an intriguing signboard.

Wow, guess even students at the University of Nottingham got their names off the literature legend himself.

Truly a Hamlet of good stuff.

Anyways, the return trek brings forth a small gathered crowd already, with some attendees trying their hand at the various cultural activities around this part of the hall. 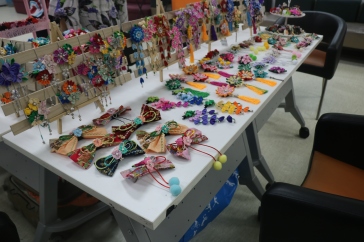 Namely, a ribbon making workshop that comes with its own premade stock for sale, and a game of uh…hang on, got to look this up a bit.

Upon stumbling back onto the hallway that leads to the stage hall, the route towards the destination comes with its own set of intriguing activities happening.

Most notably a Dialect class, that involves playing a minigame of matching terms said in Japanese with a dialect version of it.

What’s interesting is how most terms said in Kansai dialect, share the same 1st letter with the base language, making it sort of similar but still different.

Bright side, even the most terrible result would net you a smol paper crane as a souvenir.

Man, surely this room must’ve been hard to explain to the brain.

Even the banner hanging outside this Dialect class gets it.

Time trickles as fast as it comes, as the day eventually kicks off the stage activities that revolve around the art of Fashion.

With a makeup workshop that teaches folks the art of…erm…

Going through a Trap Transformation with makeup.

Which led to some post workshop fun of watching folks re-enacting how a gentleman holds a lady’s hand. 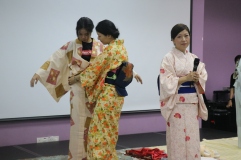 Up next, comes a rather intriguing presentation, courtesy of some folks from the Japanese Embassy/Association of Malaysia.

As they demonstrate the art of wearing Kimonos & Yukatas on stage, accompanied by an NHK documentary that you can probably find from YouTube.

Or NicoNico, or the actual NHK site…yeah, will go looking for it later.

It is interesting to note the difference between these two traditional dresses, likely a common sight to see at a certain Bon Odori later this year.

In the meantime, off to lunch.

The mamak joint from earlier was one thing, but food stands that deliver the gift of the gods is another. :0 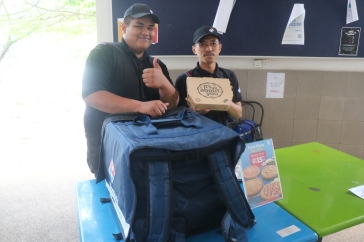 With a literal Dominoes Delivery stand of warmly kept pizzas you can pickup on the spot, and a corndog selling stand from this store called…Pirate Dogs.

…ho boy, wonder how did that name got pass the officials.

One RM 15 meal of a small personal pizza, and cheesy corndog later, the return trek back to the event’s main hall brings up some attractions that were closed earlier.

…or rather, empty to the point that it was better to check them out later. 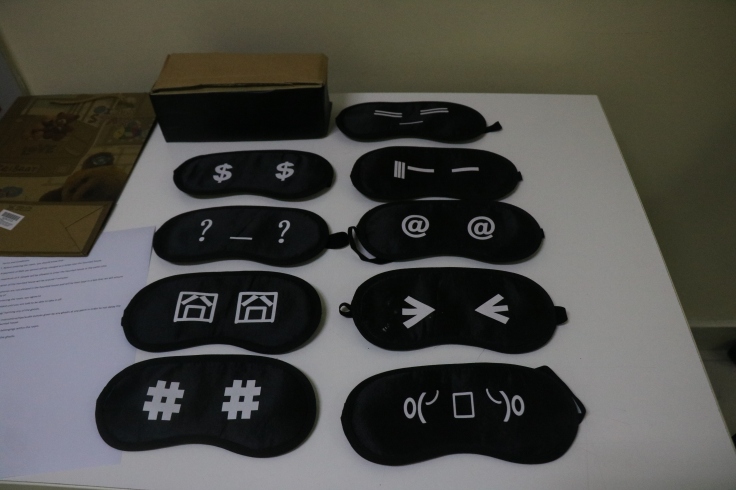 A haunted house attraction, with eye masks of various emotes that are likely required to enter this house of horrors.

That apparently got someone crying after exiting the place…yeah no, maybe next time enter with a flamethrower. 🔥 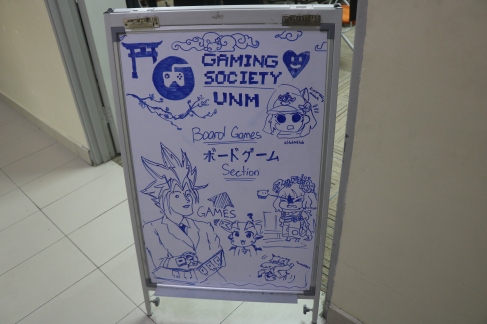 But one attraction that doesn’t need a flamethrower, rather an imaginary one, comes from this Board Games room, filled with folks playing various games to ease their board-dom.

Which apparently comes with a boardgame version of Werewolf.

Also oh…there’s some Korean Culture stuff in here too. 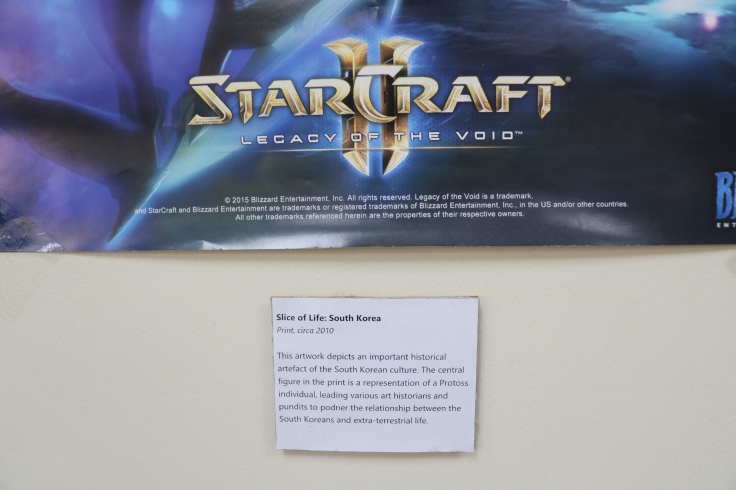 If only some entertaining weather phenomenon didn’t can the local league for this. 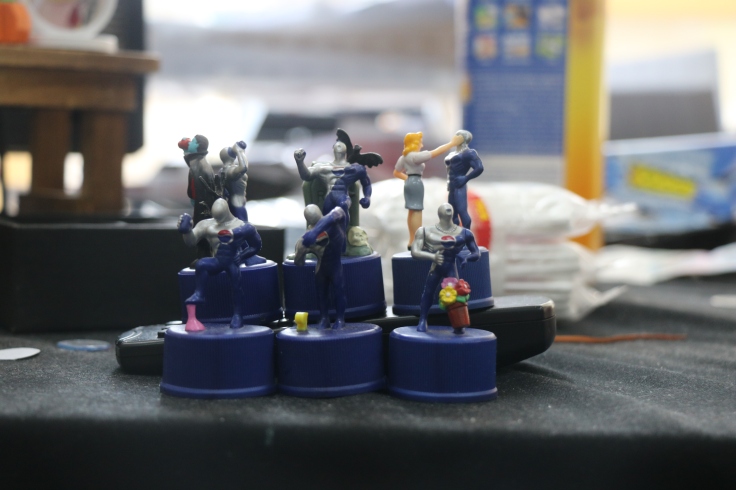 They have Pepsiman bottle caps! :O

WHERE DID THEY FIND THESE?!

“Over at JJJ actually,” mentioned one of the staff.

Jeezus. that trip to JJJ needs to come soon. ;-; 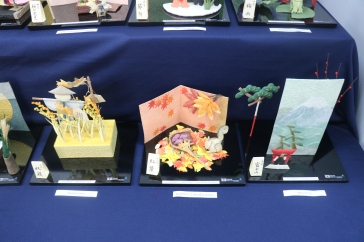 Near the now opened exhibit of intriguing pieces across the small room, comes a showcase of various figures and items of Japan’s cultural roots.

Such as this 12 figure placement of various celebrations the country does throughout the year.

Which comes with hyper realistic depictions of various Japanese dishes, that are thankfully not edible.

What? Family Mart’s got you covered, anyone can drop by there later.

But what’s most amazing to see in person are these various pieces of, um…

Some kind of Shogun looking armor, and some kite looking things that you don’t ever get to see much of at your local museum.

Man, maybe that Kite Festival should consider adding these to the lineup.

One last stop before reaching the stage hall again, comes the nearby room that shifts between an Archery Demonstration workshop and a Tryout session for various Yukatas/Kimonos.

These Archery blokes are the same ones from Japan Expo!

Well at least there’s more likelihood of trying this stuff out here than out at the Pavilion. 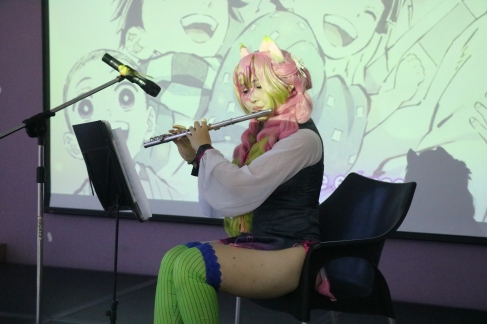 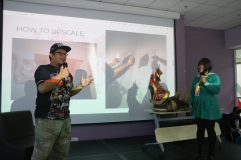 Under the lights of the stage area’s projector, broadcasting both its intended content and shadows of the folks on stage, comes a trio of content to keep folks entertained at the event.

From a flute performance that revolves around that series who’s name shifts from Yaiba and Yabai,

To a Heavy Armor workshop from folks that were in this Cosplay Heroes thing that’s still on the backburner to watch list,

And a live sketching session from a teacher/artist that showcases what’s it like to draw stuff to attendees, especially ones that don’t go looking up videos of such things. ._.

Anyways, what else is le-…oh. 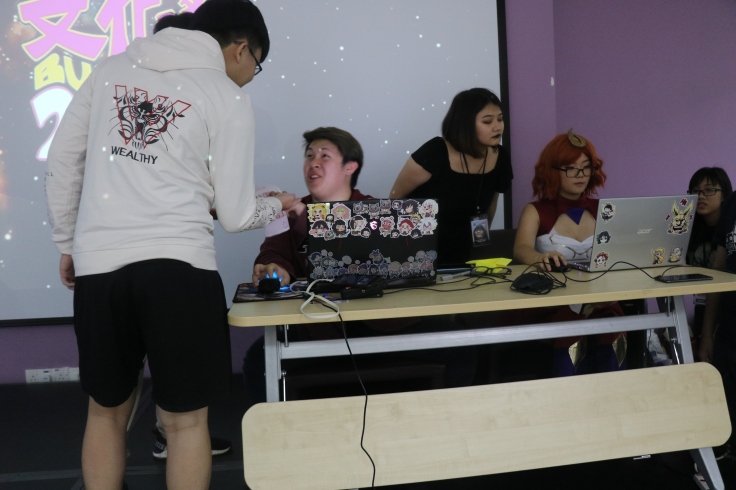 The 1v1 League thing, against two of the guests at the event, in which winners get a literal skin for their besting.

As things get setup for that occasion, with laptops testing the waters of this internet connection that hopefully doesn’t block anything videogame related, a nearby table of folks decided to bring out some… 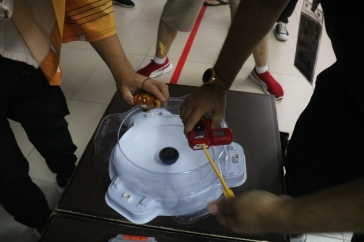 With occasional tops spinning around the floor because, aiming with those launchers is trickier than you think. 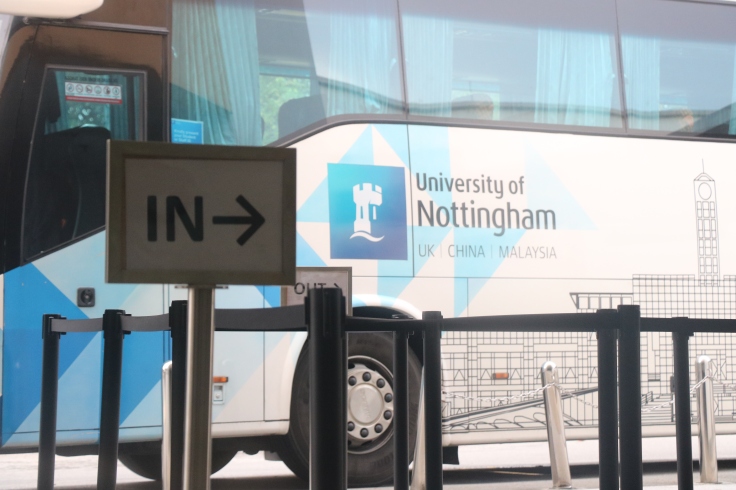 With the 1v1 tournament turning into its own free for all now, the bus that leads out of this University awaits attendees who took the time to attend the event without personal transport.

As something grim awaits events to come later this month. ._.

Thankfully, this Bunkasai was held at a Bunker-ish venue. (☞ﾟヮﾟ)☞