The Convention’s Field Guide is a series on lending folks a hand, while they’re out in the field for an event.

Credits to the various sources seen in this post, if mentioned.

I DO NOT own the rights to any of the photos, videos or external material seen in this post, with a source linked to it, if mentioned.

The following information was compiled on November 2019,

Information seen here MAY OR MAY NOT be accurate months or years later into the future.

You can reach KLCC itself from various points, 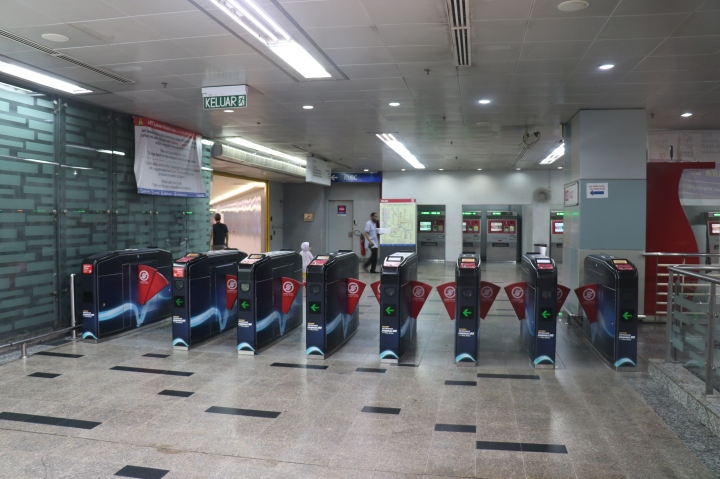 Once you’ve landed at KLCC LRT Station, head up the Escalator/Stairs and take this ticket exit near the LRT Tunnel on the left. 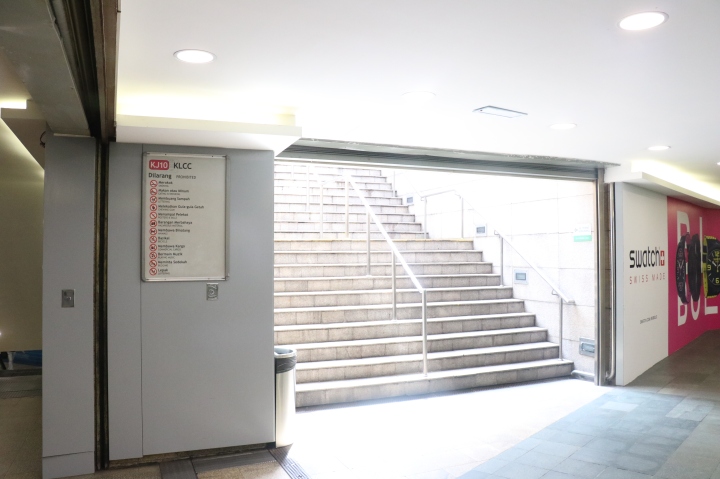 On your way, you will encounter this LRT Tunnel Staircase. This route leads towards Access #01-C: LRT Upper. (See below for details.)

You can either head out here, or continue into Suria KLCC.

Once in Suria KLCC , go Straight and keep Left, until you reach this Middle Escalator.

From here, you’ve got 2 options to reach KLCC, either,

From the Middle Escalator, head Right and go Straight into the area behind the Cold Storage.

The Underground Tunnel (Suria KLCC Route) is near the Maybank.

Keep walking in until you reach this Tunnel Midpoint.

From this Tunnel Midpoint, the left will bring you before the KLCC Food Court and Underground Tunnel (KLCC Route). 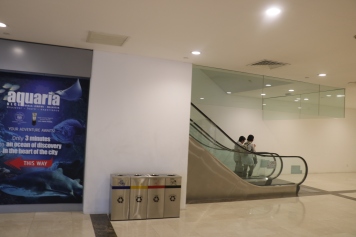 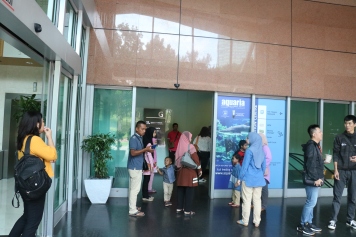 Head towards the Escalator on the Right, and you should reach KLCC’s Right Entrance. 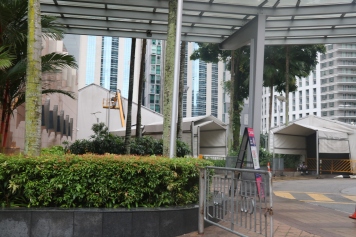 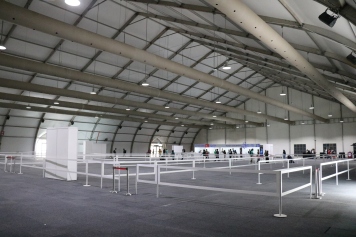 This KLCC Right Entrance will bring you close to KLCC’s Entrance Tent, most events at KLCC use this area to enter KLCC itself, but not every event may this area.

The Good? No need to worry about the Weather, also air-conditioned walkway.

The Bad? 8am Opening Time, this route won’t be open any earlier.

Head up the Middle Escalator, and exit Suria KLCC to come onto a Lake.

Or Christmas Tree. (If it’s November/December.)

See that Brown Building in the distance?

That’s KLCC, just keep walking and you reach it. (☞ﾟヮﾟ)☞

The Good? Rapid Access into KLCC, as this route will land you at KLCC’s Right Entrance, which is near KLCC’s Entrance Tent.

Opening Time – 24/7, but 7 am onwards if coming from KLCC LRT Station. 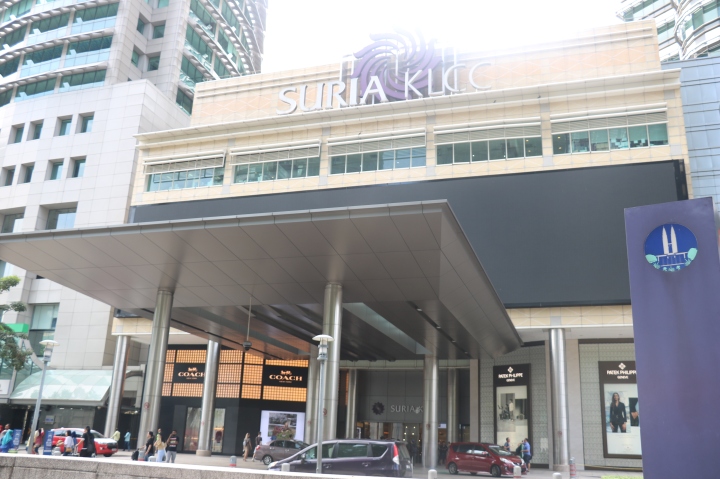 Head up the LRT Tunnel Staircase, and turn Right.

From here, you can either head into Suria KLCC, or head Left towards KLCC directly.

If you enter Suria KLCC, go Straight and keep Left until you reach the Middle Escalator.

Once there, you can exit Suria KLCC and head the same route as the Outdoor Walkway.

Alternatively, you can also head down the Middle Escalator, to reach the Underground Tunnel (Suria KLCC Route).

If you choose to head Left towards Suria KLCC’s Outdoors, keep Left until you reach the Lake, from there you should be able to see KLCC’s brown building, just keep heading towards it to reach.

The Good? Early Exit from the KLCC LRT Station.

The Bad? Not Recommend if it rains, also it’s about the same as the earlier 2 routes.

At the Pavillion Mall, you can reach the Bukit Bintang Link Bridge by the entrance on the Left side of the mall. 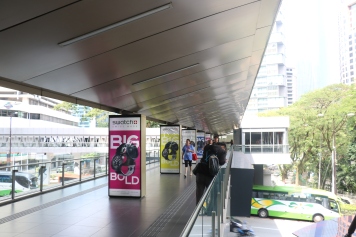 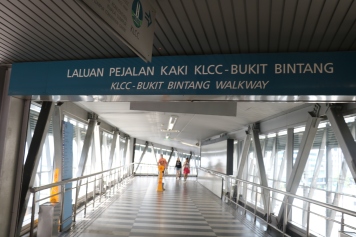 Once here, just keep walking along the bridge.

You can also access the bridge from the following routes that are on the way, Jalan Raja Chulan, Jalan Pinang (Impiana KLCC)， Jalan Perak. 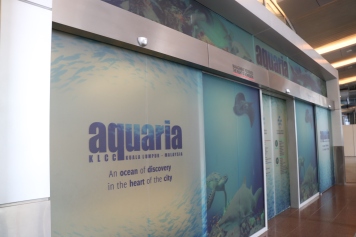 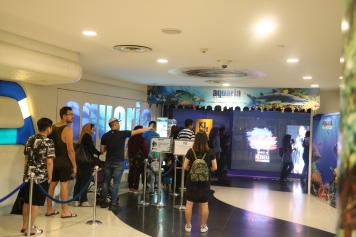 Next, head into this Aquaria Entrance, and follow the route until you reach the KLCC Food Court. 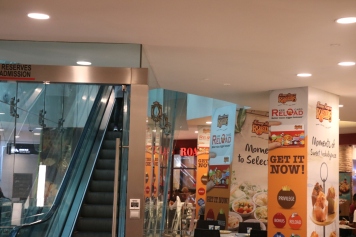 From here, you can use the Outdoor Staircase or Indoor Escalator on the Right to reach KLCC.

You can also turn Left towards the Underground Tunnel (KLCC Route), to reach the Tunnel Midpoint, to exit onto KLCC’s Right Entrance via that Escalator.

The Good? Access to other parts of Kuala Lumpur (KL).

The Bad? A LOT of Walking, not everyone likes that. D;

To be honest, KLCC is not a complicated place to navigate. But when in doubt, just head towards the KLCC Entrance Tent area.

There you can either choose to enter KLCC itself, or use the Underground Tunnel (KLCC Route) to drop by Suria KLCC, for example.

Suria KLCC has these Map Terminals to help navigate you around the mall.

Alternatively, you can check out any Information Counter for help.

They’re more than happy to assist you, and can hook you up with those dank Suria KLCC Map pamphlets. 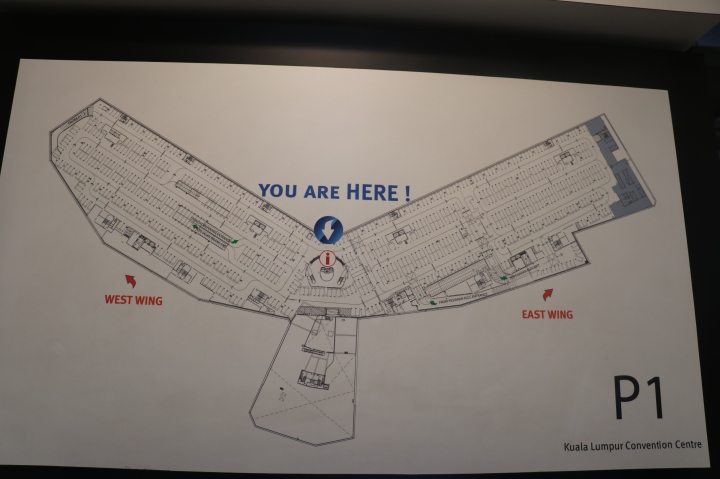 You can use the map above to help navigate around KLCC’s parking area, while looking out for these spots closest to the entrance into KLCC,

From KLCC’s parking lot, you will find yourself exiting onto this part of KLCC.

From here, you can head Left (Right in the photo) to reach the KLCC Entrance Tent. 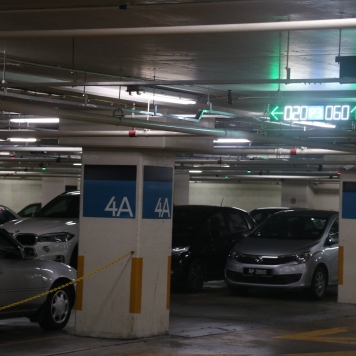 Within Suria KLCC’s parking lot, we recommend finding the following spots near the entrances into Suria KLCC, 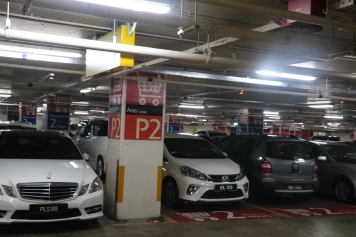 Beware of these “2 Hours Maximum” parking spots in the area, avoid them if you can.

Coming up from Suria KLCC’s Parking Lot will bring you before the Underground Tunnel (Suria KLCC Route), which only opens at 8am.

Also take note, that P3 – Blue and P4 – Yellow  escalators are NOT equipped to carry anything with wheels.

We recommend dropping at  P1 – Green or P2 – Red to drop off any wheel based items first.

Also keep in mind, the parking fares for both venues aren’t cheap. 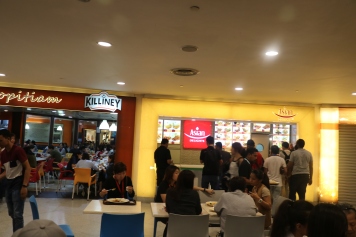 Food within KLCC’s area include, 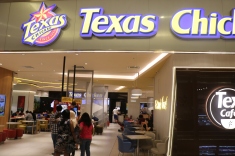 Food areas at Suria KLCC include,

If KLCC and Suria KLCC’s options are too pricy, consider heading to the KLCC LRT Station to access Avenue K’s food area.

Check here to see what they have to offer. 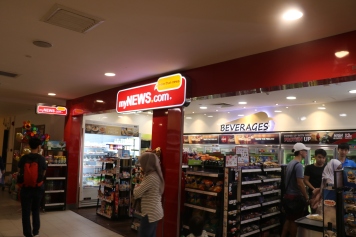 ATMs in KLCC’s area can be found near the Underground Tunnel (KLCC Route), by the myNews outlet, but it’s limited to just Maybank and CIMB ATMs.

ATMs within Suria KLCC can be found near the Underground Tunnel (Suria KLCC route), which inclues ALL if not most Malaysian based banks.

If the area gets too crowded, head towards Suria KLCC’s Ramlee Mall, near the Texas Chicken & McDonalds area, where there’s a CIMB and RHB outlet available.

From the Middle Escalator, head Left to reach that area.

There’s also ATMs at the upper floors, near the corners of the Middle Escalator. Each floor has a different ATM, but we can guarantee the following ATMs sighted,

For folks who use Touch & Go cards, you can access these Reload Machines over at the KLCC LRT Station and Underground Tunnel (Suria KLCC Route).

Every hall within KLCC’s Event Hall comes with its own toilets, but whether or not it’s usable depends on the Event’s Protocols.

Also the KLCC Event Hall usually opens around 10am, so consider using another toilet if you’re there beforehand.

There’s are public toilets near the Underground Tunnel (KLCC Route), but this place can get crowded fast.

There’s also toilets upstairs within KLCC’s Walkway, but those toilets may or may not be usable, depending on Event Protocols.

Suria KLCC itself has its own arsenal of toilets, just follow the signboards above and they can lead you there.

If you’re planning to cosplay at an event, avoid using the public Suria KLCC toilets to suit up.

In the event the toilets there get jammed, management there can blame you guys for ‘disrupting business’, so avoid changing there.

If you wish to suit up, we recommend doing it within KLCC’s toilets instead.

For fellow Muslim folks, there’s also a Surau near the Underground Tunnel (Suria KLCC Route), for if you need it.

KLCC has its own public network for use, under the name ConventionCtrFreeWIFI, just access the thing, pass some minor Sign-In thing, and you’re online!

Just keep in mind this network might go to shit if too many folks use it at the same time. D:

Opened during the making of this guide, KLCC is now armed with some Family Mart goodness for ALL you visitors.

Located at the entrance into Suria KLCC from the KLCC LRT Station, it’s a great place to pickup breakfast upon arriving. (☞ﾟヮﾟ)☞

We hope this guide could help you guys out in some way in the field! 🙏